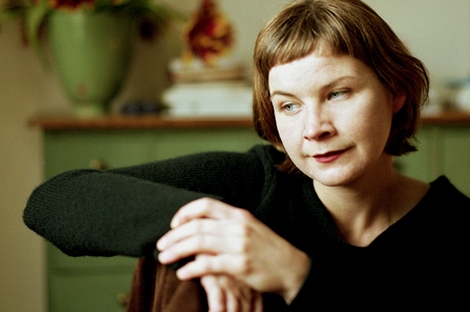 Walk into the Imperial War Museum’s current exhibition on women war artists and you are greeted by the determined face of Ruby Loftus engaged in the expert task of screwing a breech ring. The portrait was painted in 1943, in the gun factory where she worked, by the war artist Laura Knight. The exhibition is filled with such faces and figures, all of which portray the realities of human activity in times when humanity itself appears fractured.

Evelyn Dunbar’s The Queue at the Fish Shop’ (1944) suggests a sense of resilient calm in the midst of bleak chaos. Civilian customers stand patiently waiting their turn to enter the shop, the viewer can recognise and relate to their activity. Compare this however to Doris Zinkeisen’s Human Laundry– painted in Belsen in 1945. Order exists in this picture too, as the sturdy Red Cross nurses carefully and methodically clean the nightmarishly frail bodies of the camp survivors. Unlike the scene at the shop, however, there is nothing in this picture that we can relate to. In Dunbar’s picture we witness life continuing in spite of war; in this haunting image from Belsen we receive a grim invitation to see what happens when war’s darkest thoughts corrupt life into forms unimaginable to us, until pictures such as these present us with the results as a sickening reality.  As viewers we feel much more comfortable recognising the resilience of the queuing figures as a reflection of humanity than in accepting that Zinkeisen’s depictions of the distorted bodies of the Belsen survivors could be a product of it.

The power of pieces such as these is unquestionable. What fascinates me, however,  is that the pieces which I found most powerful within the exhibition contained no faces or figures at all, yet spoke with undoubtedly human voices. The artist responsible for these works is the German photographer Frauke Eigen. The pieces come from her exhibition from 2000 entitled Fundstücke Kosovo (Kosovo Finds). In 2000 Eigen was working as a photojournalist for a governmental relief organization in Kosovo. At this time she witnessed the exhumation of a number of mass graves. Her photographs show items of clothing and the personal possessions of the buried victims which had been washed and lain out to dry close to the site of the graves. Inanimate and anonymous as these objects are, in many ways this makes them even more moving.

These are personal possessions, which go some way to represent the unique individuality of the victims. People who were stripped of their individuality, persecuted as a collective and reduced to anonymity of a mass grave. A trouser strap with the key to a home, a silver watch stopped in time, and a flimsy vest lain out, ghostlike. These items tell us more about the victims themselves their bodies now ever could.

Eigen’s work reminds me strongly of that of Jenny Stolzenberg, the ceramicist. Sections of Stolzenberg’s work, Forgive and do not Forget, were featured at the Imperial War Museum some years ago and can still be seen at the Buchenwald Memorial Museum in Germany and the Jewish Museum in London. Stolzenberg  meticulously created over 200 pairs of ceramic shoes inspired by her first visit to Auschwitz concentration camp. For many of us they evoke memories of the harrowing images of the towering piles of shoes taken from the victims of the gas chambers, but for Stolzenberg they also represent survival as she drew on survivor Primo Levi’s description of the opportunities prisoners had to change shoes which did not fit. In her article for Jewish Renaissancein 2004 Erica Gordon describes how Stolzenberg was determined that her shoes should not be presented in a pile but rather in a ‘dignified cortège’.  The models vary from the petite red buckled shoes of a small child to the battered boots of a grown man. Each pair has their own character which speaks of their own individual owner. Whether they are displayed as singular pieces or incorporated into the entire collection they are astoundingly moving. As one response on the artist website states, ‘Your shoes… like great music… cut through reason, and go straight to the heart of the emotions.’

Indeed I believe that neither Stolzenberg nor Eigen are asking their audience to reason. Instead their work invites us to reflect.  Both women could be described as war artists – their subject matter centres around earth shattering conflicts which affected the lives of millions. Yet through their work what they have presented us with are intimate portraits of individuals whom they invite us as viewers to meet and interact with – face to face.

3 thoughts on “Silent Witnesses: The Art of Frauke Eigen and Jenny Stolzenberg”