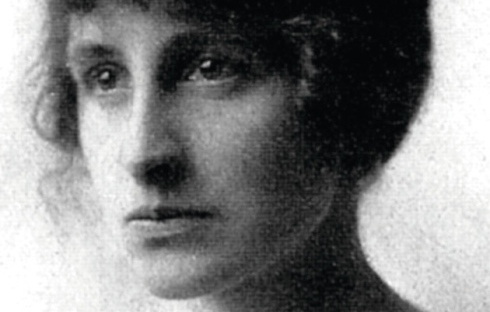 In her novel The Dark Tide (1923), Vera Brittain pillories her best friend and fellow Somervillian, Winifred Holtby. The first half of the novel is set in a women’s college in Oxford, but “Drayton” a Somerville surrogate fails to cure Daphne Lethbridge, the figure based on Holtby, of “a mental immaturity that was almost chaotic”. Daphne is a bungler: her work is laborious and she cannot spell; she is beautiful, but devoid of dress sense; she drops social bricks and, far worse, a hairpin into a distinguished visitor’s soup. Both Daphne’s disordered mind and the novel’s pervasive sense of tension between the women Daphne is constantly outstripped by the brilliant, tragical Virginia, an idealised stand-in for Brittain herself are illustrative of the favoured subject matter of Oxford-set novels written during the inter-war years by women who had themselves passed through all-female Oxford colleges. 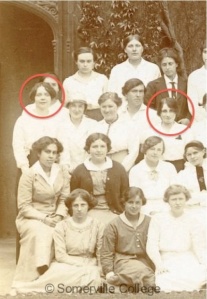 Three years before the publication of Brittain’s novel, the University had given in to pressure, finally granting women the degrees for which they had worked in earlier decades. Yet the fiction that followed this victory never portrays co-operative, positive, and successful communities of female academics. Instead, writers such as Brittain, Renée Haynes, and Dorothy L. Sayers depict women struggling in intermittently hostile colleges, fighting both for a sense of self amidst the cultural and semiotic chaos of the inter-war years, and for a vehicle suitable to their intellectual endeavours. Daphne Lethbridge can “never find words for the expression of her thought”, and she is not the only one: in women’s writing about academia, fictional and non-fictional, this motif recurs with ominous frequency. In Gaudy Night (1935), Dorothy L. Sayers creates an English don, Miss Lydgate, who has invented a wonderfully complex and intelligent theory of prosody  yet she too laments, “It’s all quite clear in my head, you know, but I get muddled when I put it down on paper”. These women feel, long before the 1970s, a lack of écriture féminine.

The Dark Tide depicts two women who are unhappy at Oxford. Given the voluminous evidence of Brittain’s autobiographical writings, it would be needlessly contrarian to dispute the fact that one of them is used to showcase the author’s own feelings of bitterness, isolation, and rage upon returning from war service to an uninterested University. Virginia Dennison is elegant, rich, a gifted writer, and intellectually dazzling, yet war trauma has marked her for its own: on her return to college, she sits “alone in the great dark library…reading about the French Revolution” as the rest of her college frolics sociably at sundry cocoa-parties. Virginia wants to take all the most modern papers that the History School can offer; Brittain strongly implies that she is trying to find the roots of her generation’s great disaster.

In this inhospitable climate, women cannot co-operate either as friends or fellow workers. Virginia and Daphne begin as intellectual rivals and soon become de facto sexual rivals also. In her study of the Somerville Novelists, Susan J. Leonardi argues that Brittain’s fiction “illustrates well the tendency of the romance plot to take over” in novels which adhere to conventional middlebrow forms  even when the characters populating the book are educated women with subtler priorities. Still, Brittain never allows the romance plot a moment’s success in the eyes of the reader, firmly signposting its wholesale failure. Brittain’s poetry shows that she considered the plight of the “Superfluous Woman” during her own time at Oxford, and the prospect of lifelong loneliness which must have hung over so many women in the early 1920s gives to The Dark Tide some of its restless melancholy.

A Bildungsroman in an incidental setting

Unlike Virginia, Daphne flings herself into all the activities of college life; yet she too is essentially lonely. Having “no great friend” among the students, she “ma[kes] a virtue of necessity, and advertise[s] the role of being all things to all women”. With this image of malleable, accommodating selfhood, Brittain calls attention to a sense of discomfort which also emerges in Neapolitan Ice. Renée Haynes, like Brittain, perceives that picking out one’s real sense of self, in the intense, various world of the women’s colleges, could be difficult. The novel shows none of Brittain’s interest in the details of academic work; indeed, the reader never discovers whether the protagonist, Sylvia Verney, triumphed or ploughed in her Schools. Neapolitan Ice is really a Bildungsroman: its college setting is incidental, conveniently providing Sylvia with experiences slightly different from those of fictional girls growing up beneath their parents’ roofs. Sylvia is hungry to find a self  any self. She eagerly seizes upon the few distinguishing characteristics that other students notice in her, deliberately exaggerating them in order to secure a more definite sense of who she is. Jane Robinson notes, in Bluestockings, that “stereotyping was rampant in college society”, and that escaping such cardboard selves was difficult: only when successive layers of Sylvia’s life are affected by unfolding events does she realise the superficiality of her manufactured self.

These novels produce a sense of girls cast adrift, reflecting the failed college society which Holtby sketched in a 1923 letter to another Somervillian: “When I was at college there was not a soul to whom one could go to ask for advice about knotty points” [quoted in Testament of Friendship]. Neapolitan Ice has no interest in the Senior Common Room; in The Dark Tide, the sympathetic history don, Patricia O’Neill, usually appears in tandem with her fellow historian and eventual fiancé, Stephanoff. They offer a choric commentary on the misfirings of Daphne and Virginia, but Patricia seems only lightly entangled with the all-female Drayton community. 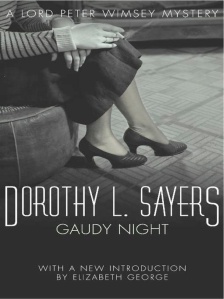 It is to Sayers and to Gaudy Night that the reader must look for a college populated primarily by academics, rather than ephemeral undergraduates. Harriet Vane opens the novel by reflecting on her “inalienable status as a Senior Member of the University, and Gaudy Night demonstrates the powerful bonds of a college community, even under the strain of a crime spree. Suspecting that an S. C. R. member may be responsible, Harriet  who hopes to uncover the villain without causing publicity and damaging the image of the women’s colleges  feels “suddenly afraid of all these women”. Nevertheless, for Sayers, such fears can be resolved: even though Harriet does not remain in the welcoming enclave of Shrewsbury College, the novel affirms it as a community. Lord Peter Wimsey emphasises that the college’s “solidarity…as a body” has been its foremost defence against scandal and disaster.

Inter-war Oxford novels set in the women’s colleges do not wholly reject their parent communities, but challenge them, introducing the disruptive grit of romance, war trauma, loss, and criminality. Twenty-first century readers should not look here either for clarion endorsements of feminism or for radical narrative experimentation. These are the products of professional women, earning their livings with the pen: Brittain, Haynes and Sayers look back with appreciation, with criticism, and above all with ambivalence on the intellectual centres where they came of age.