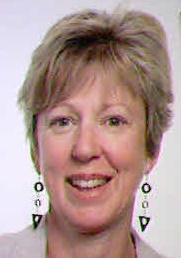 Click here to read the extended version of this interview.

I am very grateful to Carrie Leonard-McIntyre for putting me in touch with Trudy Coe, who is currently working for the Department of Physics at the University of Oxford and whom I fondly thank for having accepted to be interviewed about her work. I meet Trudy at the Clarendon Laboratory.

Gaia Donati: What is Project Juno?
Trudy Coe: Project Juno is an initiative sponsored by the Institute Of Physics (IOP), and it is thus restricted to the UK. This is a relevant point to make, in that the proportions of women in science and in physics do vary across the EU. That said, Project Juno has got two aims: its overarching goal is to address the under-representation of women in physics in the UK, but at the same time it aims to make physics departments a better place to work for everyone. In fact, the way we have been interpreting it here at the University of Oxford is almost the other way round; we have claimed that we want to make physics a better place for everyone to work in: if we achieve this, we will have addressed the first issue as well. And quite often it is a matter of putting small things in place that do not disadvantage men in any way, but that either individually or taken together, have a beneficial effect on women. A good example of this is mentoring: if you have a mentoring scheme in place it does not disadvantage men, but all the evidence is that women are more likely to take up mentoring and to benefit from it.

GD: What about your role in Project Juno? You told me earlier that you do not have a background in physics.
TC: I have worked in management and leadership development for the university for about eight years, and this meant collaborating with people who manage or lead other people, and looking at issues such as mentoring or support for staff  which is why I was interested in this role within Project Juno. Previously I had had the opportunity to gain extensive experience by working with the Royal Society of Chemistry and looking at the barriers to women in individual chemistry departments in the UK.

GD: Why do you think Oxford is below the national average when it comes to female students, both undergraduate and graduate?
TC: At the moment, we do not know the reason, and it is one of the big aspects we want to explore. At this point, it is worth saying that physics is different to most other sciences in that the big drop-off in physics in terms of female representation is  thinking of the UK system  from GCSE to A level. We have pretty much equal proportions of boys and girls taking physics exams at sixteen; but when they take their A-levels, at seventeen or eighteen, only one in five students in the UK is female. This is different to other subjects: for example, in chemistry there is now an equal number of male and female students at both A level and undergraduate level. The drop-off in chemistry occurs once women have done academic chemistry. A remarkable statistic: if women choose to study physics for A level, they appear to be really committed and they tend to stay on. Having said that, we still recruit slightly less undergraduates than the average. One possible factor seems to be the physics aptitude test  this is a compulsory test for every student who applies to Oxford, which seems to screen out slightly more females than males – aspect we need to investigate. Crucially, we know it is not Oxford per se, because in other science departments we have equal numbers of undergraduate students; but there does seem to be something about the combination of physics and Oxford. Similarly, at the moment we do not understand why we are getting fewer female graduate applicants and fewer female graduate students.

GD: You said that data collection was difficult because of a lack of such a culture. Do you think that in the past the issue of female under-representation was not adequately addressed, not even in gathering information to monitor trends and figures?
TC: No, some work has been done: the University of Oxford and the Department of Physics have been very good at looking at academic attainment. Interestingly, when it comes to final honours there is little difference between female and male students. The problem is that work so far has not gone beyond that, to understand the structure and patterns of applications, to address questions such as why people choose to come to Oxford, and most importantly, why some women choose not to apply to Oxford at all.

GD: You seem to think that qualitative work is in this case more significant than statistical data.
TC: A statistical overview is useful for understanding the issues specific to Oxford, but next we must go deeper. It is a work in progress: it is about constantly monitoring the trends, and trying to make very small steps to change the culture; for instance, one of the initiatives we came up with is to make images of prominent female physicists more visible within the Department. A final point about what has changed. The past approach could more often than not be summarised as “Lets help women, lets fix women” [i.e. lets adapt women to the workplace, and not the workplace to women  ed.]  but this can indeed contribute to the problem. There needs to be an atmosphere where everyone is supported, and this is the perspective we wish to work from.

Find out more about Project Juno on the Institute of Physics website: http://www.iop.org/policy/diversity/initiatives/juno/