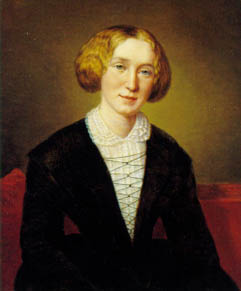 The rapid educational and social developments of the late 19th century were underpinned not just by policy and public documentation but by the ‘unrecorded but resourceful improvisations’ (Donald, 1992, p. 2) of the everyday. The latter occur in the physical spaces in which education operates and these spaces and improvisations can in turn reveal the diverse purposes of education and their relationship to social change. As a result of the 1870 Elementary Education Act, board schools were established at a rapid rate throughout England. By 1884, there were 289 board schools in London alone, accommodating more than 300,000 students. But the confinement of education to these purpose-built schools both supported social progress and reinforced social hierarchies. In contrast, 19th century literary examples of education taking place beyond the walls of specially-designed schools construct a vision of education as a means of resistance and bottom-up social change. This can be seen in George Eliot’s depiction of Mrs Garth and her teaching activities in the novel Middlemarch.

Middlemarch was first published in serial form during 1870 and 1871 and takes us on a historical tour of provincial life in the earlier half of the 19th century. It was part of the movement of literary realism to capture everyday life as it really occurred and people as they really thought and behaved. It elucidates tensions between reproduction and reconstruction in many arenas of social life, including education. The following extract (Eliot, 1986 [1870-1871], p. 239) describes Mrs Garth, a valued member of the community of Middlemarch, and a woman determined to raise funds for her family by providing private tuition as she manages the household:

She had sometimes taken pupils in a peripatetic fashion, making them follow her about in the kitchen with their book or slate. She thought it good for them to see that she could make an excellent lather while she corrected their blunders ’without looking’ – that a woman with her sleeves tucked up above her elbows might know all about the Subjunctive Mood or the Torrid Zone – that, in short, she might possess ’education’ and other good things ending in ‘tion’, and worthy to be pronounced emphatically, without being a useless doll.

This passage demonstrates a complex relationship between education and social reproduction, one in which they are inextricably linked, but in a practical sense that does not prohibit change. Learning takes place in the kitchen, as food, the ultimate symbol of reproduction, is prepared for the family. It is not so much what is learnt that is important, the Subjunctive Mood and the Torrid Zone represent knowledge that has fleeting value. It is the process of learning that is humanising and socialising, and thereby a continuation of community.

Since Mrs Garth ’thought it good for them to see…’ this scene demonstrates an intention on the part of the educator to introduce children into a particular world and potentially a world of resistance where women move beyond traditional roles and act as change agents. This is a productive act as much as it is a reproductive one. The agency of Mrs Garth and her pupil is emphasised through the duality of purpose possessed by the kitchen. Through its material diversity, as a place of food preparation and intellectual endeavour, matters of authority and power which are so often attached to the process of education are sidelined. Education refrains from being a method of surveillance or inspection and instead becomes an interaction between equals, made possible through the lack of a specially designed space for this process. The presentation of education in the extract is not of a thing to be bestowed upon people by institutions alone. Instead, it floats between people, and into unlikely spaces. It can be possessed by people who are otherwise excluded and disadvantaged for reasons of class and gender. Indeed, Susan Garth is so sure of her possession, that she can trivialise it: ’that, in short, she might possess ’education’ and other good things ending in ’tion’’.

The constant movement of the student and educator can be taken to represent the liberation experienced through a relationship of trust between teacher and student. The student is corrected ’without looking’ and this is in stark contrast with the surveillance so prevalent in the design of formal schooling spaces in the 19th century. Formal institutions of education engender patterns of habitual movement from teachers and students. As this scene takes place in a site not constructed for education, the process is not synonymous with habitual movement and a sense of familiarity and spontaneity in the relationship between the student and learning can remain. In this way, situations of informal schooling during the Victorian era present a more definite method for social change than the confinement of education to purpose-built schools such as the board schools. Our understanding of the historical experience of informal education can be enriched through literary descriptions.